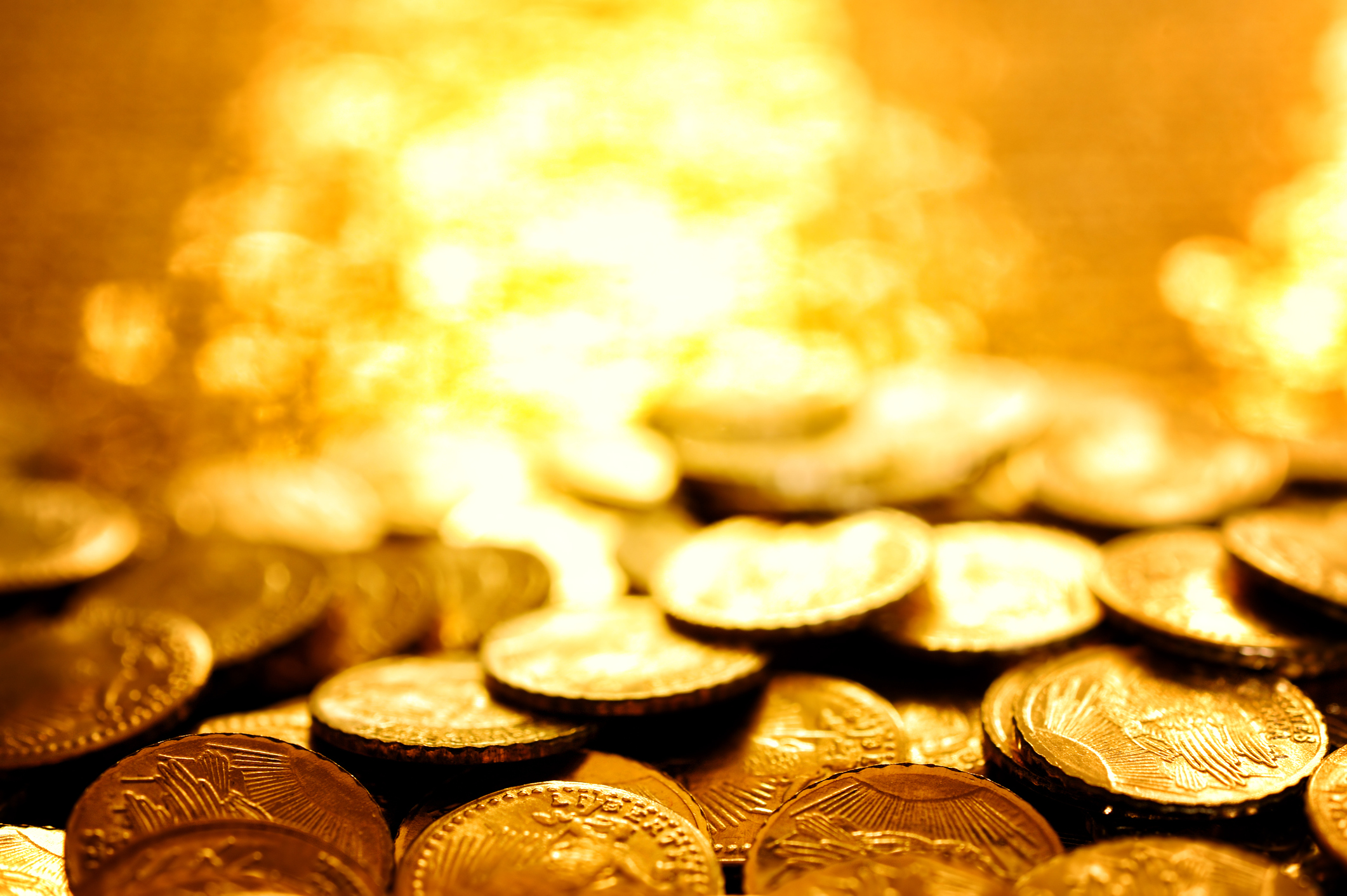 It is August and it is back to school time of the year so what could be better for a blog post then looking a little bit of the history of money and what characteristics we expect from it such as a medium of exchange, store of value and unit of account.

JP Morgan has also put out a list of some more “academic” characteristics that they think is needed to make good money that offers Durability, Fungibility, Portability, Divisibility, Scarcity, Verifiability, Freedom from censorship, and History.

We will be reviewing these characteristics and seeing how the most commonly used forms of money for the last 2500 years compare to each other. Some kind of commodity-based money is by far the most used during this period but has in recent years been replaced by fiat money. What the future holds is yet to be seen. Many argue that cryptocurrencies are the ultimate innovation of money but central bank digital currencies (CBDC) should not be forgotten. There are of course “hybrid” version of these as well, but those will not be discussed here today.

I have chosen Gold, USD and Bitcoin to represent the different groups. CBDC really only exist in theory so far so it will be discussed in more general terms.

Money as we know it today has become almost something “mysterious”. The average person has no way of knowing what is going on with regards to all monetary policies and Henry Ford apparently said that if we did know, there would be a revolution tomorrow. But in its simplest form, money is just a medium of exchange. Instead of using a complicated barter system for exchange of the goods and service we need, our ancestors invented money as common denominator used in trade.

From just a medium of exchange point of view, there is not really much of difference between Gold, USD, Bitcoin and CBDC. They all have their pros and cons so I would suggest that we call it a draw.

However, for money to be a good medium of exchange, it also has to be a good store of value. People involved in any type of exchange need to know that the money they receive for selling the milk today can be used to buy the much needed egg tomorrow.

Gold is the only one with real intrinsic value. It is an actual physical item used in daily life other then as a store of value. It is also the only one that has held its value for thousands of years and has been pretty much immune against inflation over time.

USD, Bitcoin and CBDC will only work as store of value as long as there is trust in them. Which can flip in a second.

Gold must be considered the clear winner based on its history.

This is not really a necessary characteristic of good money, but it makes life easier during an exchange of any kind. Unit of account is what the item or service is priced in. Today, if you live in the USA or if your are engaged in international trade then it is most likely USD. You can still pay with many other currencies, but it involves a process of determining the value between USD and the other currency.

USD must be considered the clear winner today, although its hegemon is clearly under attack.

Money must be durable, and if it is worn out it must be replaceable. This is really only applicable to money in physical form. Gold is a precious metal so I would say that durability is not in question here either. That leaves us with fiat money in the form “paper”. These paper notes are subject to damage as time goes by, but can be easily be replaced at a very low cost.

Pros and cons here, as well, between the contenders, but as with medium of exchange I don’t think it really matters and will call it a draw.

Money is fungible if it doesn’t matter in which form you hold it from a value point of view or when considering your ability to use it as a medium of exchange.

USD and CBDC is fungible, you can give anyone your 100 dollar bill and get two 50 dollar bills back. It doesn’t matter.

This is NOT the case with Bitcoin. One Bitcoin is not necessarily the same as any other Bitcoin and the problem is the immutable and public nature of the blockchain. Any Bitcoin can be traced back to its genesis block and if the Bitcoin you receive can be linked at any time to any criminal activity that Bitcoin can be tainted forever and blocked by any service or exchange. This is not a theoretical problem, there have already been actual cases where this has happened.

No real winner here in my opinion, but Bitcoin is a clear loser.

The ability to use money at whatever location you like is crucial for its success – in essence, how easy is it to bring it with you and spend it? But not only that, in a digital world you must be able to use it to pay for online purchases and services.

Gold clearly has a disadvantage here. It is physical and there is really no digital alternative. USD exists in both as physical and digital money. Bitcoin and CBDC is limited in that it is only digital, however, practically it is as portable as your phone.

I would say that USD is the winner with Bitcoin and CBDC as close runners up.

One size fits all really doesn’t apply to money. All things comes with different price tags and being able to divide money into smaller pieces is necessary. But it can’t lose value in the process of doing so. This is really only applicable to money in physical form as well since digital money is dividable into whatever fraction the number of decimals allows.

Gold is divisible, a 100g gold bar can be divided into two 50g gold bars and will retain the same value (which can not be said with diamonds for example, one big diamond will always be much more valuable then dividing it into two or more smaller diamonds).

I would also say that USD notes are divisible. I know that you can’t really take a 100 dollar bill and cut it in half, but the process of exchanging it for two 50 dollar bills is pretty much the same thing.

No real winner here in my opinion.

History has shown that scarcity is a very important characteristics for any form of money to stand the test of time and still retain its value.

Gold is scarce. There is only a limited amount of gold on earth and it takes both energy and time to produce more. Bitcoin is scarce. There can never be more then 21 million Bitcoins and we know exactly how much more will be created every year. USD and CBDC are not even close to being considered scarce. They can be and are created in any amount, in no time, at zero cost.

Counterfeiting can destroy any kind of money so the importance of being able to verify the authenticity can not be understated.

Gold is verifiable. As a precious metal it is easy to verify and it can’t be created by man in any kind of way that I am aware of. However, there are problems with “counterfeited” gold bars filled with tungsten. USD is verifiable. It is possible to counterfeit it in physical form but not really a problem for every day usage. Bitcoin is verifiable. Every single Bitcoin ever created can be traced back to its creation and there is no known way of counterfeit it. CDBC is presumable verifiable.

This is a close one, but I would still say that Bitcoin is the winner.

This is an interesting characteristic that I have never seen brought up anywhere else but becomes very important as more money becomes digital.

Gold is free from censorship. Not much to argue about here – as long as you have self custody of your gold you are fine.

Bitcoin is free from censorship on a protocol level, and as long as you have custody of your private keys your fine to transfer it anywhere you like. The receiver might block your Bitcoin address though as we have previously seen.

USD in physical form is free from censorship. USD in digital form is not censorship resilient. All payments are checked and your account can be frozen at any time for almost any arbitrary reason.

CBDC is not censorship resilient. All payments are checked and your money can be frozen at any time for almost any arbitrary reason.

Gold and USD in physical form are winners here with Bitcoin close behind. USD in digital form and CBDC are total disasters from a censorship point of view.

Gold is the only form of money that has any kind of history that can be discussed. It has been used for thousands of years without losing value and there is no sign of that changing any time soon. Central banks still keep it in their vaults and many accumulate more to protect their reserves. The first gold coin was struck on the order of King Croesus of Lydia (an area that is now part of Turkey), around 550 BC.

US Dollar was created by the Congress Coinage Act of 1792 and was backed in some way by gold up until 1971 when President Nixon put an end to the Bretton Woods system that was established after World War II. USD has been a fiat currency since 1971 and everything in this blog post has been discussed as that.

Bitcoin was invented in 2008 by an anonymous person or group under the name Satoshi Nakamoto. The first genesis block was mined 2009 in January and embedded in the block was the text “The Times 03/Jan/2009 Chancellor on brink of second bailout for banks”.

CBDC really has no history at all at present time.

Money is not an easy subject, and there is a lot more that could have been written of each characteristic that makes up good money. I have tried to keep it short and easy/fun to read which mean a lot of simplifications have had to be done. I have also tried to be as objective as I can so that every reader can make up his or her own mind as to what is the best form of money today.

One characteristic that has not been brought up here and that I think is very important is privacy which in my opinion should be considered a human right. All digital forms of money discussed in this blog post fail miserably on that point. You can achieve some sort of privacy using Bitcoin, but it is not easy. Not something the average person will be able to achieve. Physical money or so called “privacy cryptocurrency coins” is the only way to achieve that.

So, who is the winner in this contest of these 11 different characteristics?